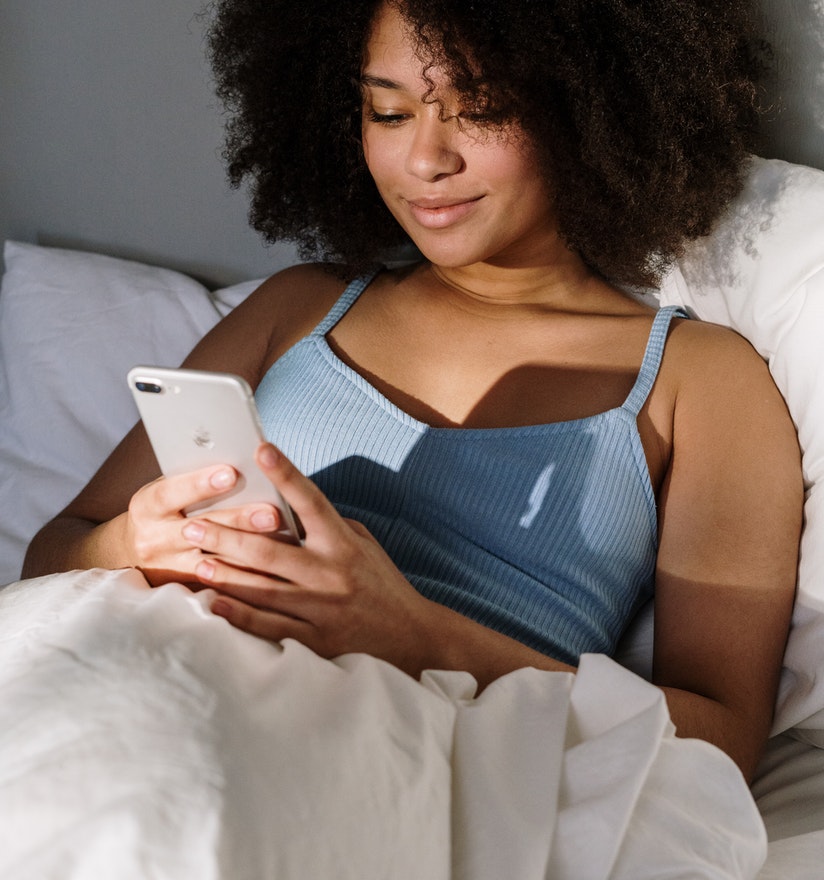 As a lifelong iPhone user, Apple has pretty much crept into every corner of my life. But after almost a week with the Samsung Galaxy S22+, I was almost willing to scrap my Apple identity and convert to the dark side — ahem, the Android side.

Yep, this iPhone girly was just about ready to go the way of the green bubble, and honestly, the biggest thing holding me back wasn’t even Samsung’s fault. The Galaxy S22+ is a gorgeous, easy-to-use, dependable phone that I genuinely enjoyed.

Here’s how my week with it went, and how it compared to my trusty iPhone 13 Pro.

The design is nothing fancy, but that’s what’s so *chef’s kiss* about it

I can’t even lie: When I opened the Samsung S22+’s box, I sort of let out a soft gasp of admiration. I got to test out the phone in the pink gold shade, which happens to be one of my favorite colors. Did Samsung know this? Was it a ploy to get in my good graces? If it was, it worked.

The S22+ comes in phantom white, phantom black, green, and pink gold. If you buy it online, you can also get online-exclusive colors, like graphite, cream, sky blue, and violet. Now, I admit I am very particular to the shade I received, but I mention my gasp because this shade of pink gold is exactly what pink gold should be: Soft, yet metallic. Subtle, yet shiny. And, comparatively, it didn’t set me up for disappointment and claim it was just pink — like Apple’s latest iPhone 13 shade is supposed to be.

Beyond color, the S22+ has a design that doesn’t mess with what works. It has a 6.6-inch Gorilla Glass Victus+ screen and flat edges encased in what Samsung calls Armor Aluminum, which gives the phone’s sides a juicy sheen. I didn’t drop the phone from any significant height while using it, but the edges do give off a feeling of durability.

It has the same vertical, three-camera setup as its predecessor, which sits inside a module that creates just a slightly annoying bump. While I wish the module could be flush with what is otherwise a very flat, thin phone, I can imagine that a thicker phone case could make this much less noticeable. Alas, such a case would take away from how remarkably lithe this phone feels in my hand, an element I found myself continuously marveling at. Compromise, I suppose, is necessary.

There are little things in its design that regular Samsung users definitely would not have noticed, nor cared about. Namely, the S22+’s physical buttons, which include a volume button and a power button, are both on the right side, as they’ve always been. As an iPhone person, I’m used to these buttons being on opposite sides of my phone. While it’s pretty minor, I kinda hated having the buttons on the same side, as it led to me constantly pressing the wrong button every time I wanted to adjust the volume or lock the phone. iPhones also tote a silencing switch on the left side, which I found myself pining after. While the S22+’s volume button did the same thing, I wanted the extra security of being able to see that my phone was on silent.

On the bottom of the S22+ sits its stereo speaker, SIM card slot, and USB-C charging port. The port was a major difference from iPhone life that I immediately loved. While I didn’t time the charging speed (which Samsung boasts uses 45W super-fast charging), it did feel like the S22+ juiced up pretty quick whenever I plugged it in. And the literal action of plugging it in was blissfully simple: I never had to peer at each end of my cord to determine which was lightning or USB-C. Just plug charge, and go. Who knew such a small thing could be so helpful?…